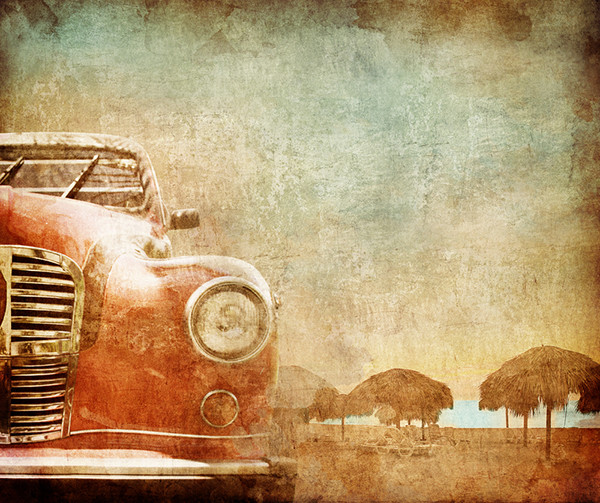 The world’s first car accident occurred in 1891 and involved 2 Ohioans and a tree, but the world’s first car insurance policy wasn’t written until 1897. That means for 6 (doubtlessly crazy) years, people were driving hither and yon in their fancy new horseless carriages without a drop of coverage. Compound that with the fact that safety measures like stop signs, right-of-way, and driver training had not yet been invented, and you can begin to imagine the chaos of a world sans car insurance.

It’s not like the idea of insurance didn’t exist. As a concept, insurance had begun long, long before then. But perhaps more than anything, the mass production of the automobile in the early 20th century helped to revolutionize the industry — making it as standard today as that requisite new-car smell.

Since cars first started rolling off Ford’s legendary assembly line in 1903, we’ve been driving them, decorating them, sleeping in them, and, yes, crashing them. But while more and more cars were hitting the road, early drivers were hitting trees, wagons, horses, and inevitably, each other as well.

In 1930, roughly 110 people were killed per day in car accidents. In 2000, with nearly twice the national population, fatalities per day increased by only 4 to 114. That’s approximately 10 times more fatalities per registered vehicle back in 1930.

And while this figure is staggering, it’s not altogether surprising if you consider that most drivers in the early days were untested and virtually untrained. Back then, they didn’t have driving schools, driver tests, or driver licensing laws any more than we have hovercar training today. Massachusetts and Missouri were the first to establish driver licensing laws in 1903, but Missouri had no actual driver exam law until 1952.

In the early days, instead of standing in line for 2 hours at the DMV and taking numerous tests just to wait several weeks for your license to arrive, you could simply walk into your local licensing office, plunk down 50 cents (or so), and walk away the proud owner of a driver’s license. Almost as easy as getting one from a Cracker Jack® box.

But as we know all too well, simply having a license doesn’t necessarily make you a good driver. And imagine what the roads must have been like at the turn of the last century. The combination of amateur drivers and unpaved, unmonitored roads proved tragic and highlighted the rapidly growing need for liability insurance.

In 1927, Massachusetts became the first state to make liability insurance required by law.  By the 1940s, with the end of WWII and a subsequent surge in automobile production, most states had passed similar laws. Today, New Hampshire remains the only state in the union without compulsory liability laws. (The whole “Live Free or Die” thing.)